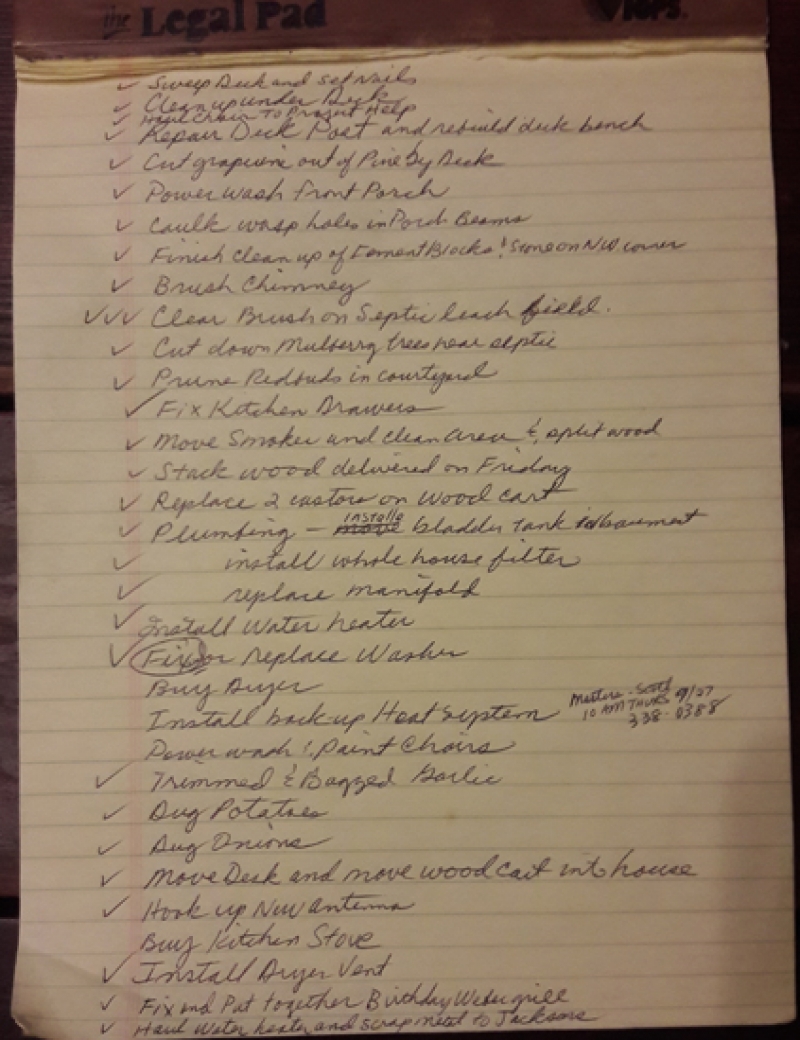 It happens to most of us all too often.  A bunch of small projects around the home turn into big projects and the homeowner quickly becomes overwhelmed.  The past client we just got done working with came upon this exact issue.  Small trees became big ones.  Low grass and weeds over their septic field quickly became a wild forest.  A post on the deck began to rot and then over time became structurally unsound.  Winter is approaching and the home owner heats the home with a wood burning fire place that needed to be cleaned out before winter.  Wood needed to be split to give them their heating fuel source prior to winter.  A new water heater was needing to be installed but pipes in the main manifold had began to rust and needed to be replaced prior to the install.  And last but not least a dryer vent needed to be installed in the basement.  Basically the home owner had become over whelmed at the amount of work that needed to be done.